Acceptance of What You Know

Yesterday I stumbled upon the story of Benjamin Breedlove, the teenager from Texas who completed his life's legacy December 25, 2011...Christmas Day.  By all accounts Ben was your typical happy youth.  He had what he termed an "awesome" family, good friends, and a quintessential story book life in his home of Austin, Texas.  Ben was grateful to live on a lake most of his life, stating that it was "pretty" and that he was "lucky" to be there.  Ben had known his best friend Justin since he was four years old when they became neighbors on the same street.  He stated that he had a sister Ally, a brother Jake, and attended church regularly his entire life because the most important thing in his life was God.

It was also when Ben was four that he had his first brush with death.  Ben experienced a life threatening seizure and while being wheeled down the hall on a stretcher with nurses and his mother by his side, he described an experience wherein he said, "There was this big bright light above me.  I couldn't make out what is was because it was so bright. I told my mom, 'Look at the bright light' and pointed up. She said she didn't see anything."  Ben said he didn't remember much of that day but that he never forgot the feeling that made him smile during the experience of seeing the light.

As Ben continues to share his life telling his story in his last two YouTube videos that were uploaded on December 18, 2011, under his third YouTube channel titled TotalRandomness512, he states that because of his diagnosed condition, hypertrophic cardiomyopathy, that he wasn't allowed to participate in the sports his friends did and this made him sad.  "It kind of sucks that I missed out on that part of my life.  I really just hoped that I could be the same as everyone else but that is one thing that I learned to live with and accept."  As a teenager Ben had learned acceptance.  Ben also stated in his YouTube video titled About Me (BreedloveTV Channel) at age 17 that he had a really big challenge in his life, that it was a serious condition but that he felt it wasn't really a problem.  It was Ben's unconditional acceptance of his condition (including potential surgeries) that allowed him to live his life to its fullest on his terms.

Are we living our lives accepting what is or are we still resisting?

Ben went on in his two-part video sharing his story to describe two other instances in his life where he felt he'd cheated death.  The second incident was this past summer while undergoing routine surgery.  While in the operating room he went into cardiac arrest.  He said that, "It was a miracle that they brought me back.  I was scared to die but was so glad I didn't.  After this I tried so hard to just forget about it and not worry."  As a teenager Ben was learning to let go of the things he had no control over.

How many of us are still worrying about the things we have no control over?

On December 6, 2011 Ben had his third experience of what he calls cheating death.  He was walking down the hall of his high school.  He says, "I was at school, walking in the hall. I could tell I was going to faint, so I sat on a bench. I passed out. The next thing I know, I woke up with EMS around me. I couldn't talk or move, I could only watch what they were doing. They put the shock pads on my chest. I heard one of them say 'They are ready'. And the other guy said 'Go!'. I passed out again. My heart stopped and I wasn't breathing for 3 minutes."  Ben went on to share more about this last experience, about the light he saw, the room he was in that was never ending and the peacefulness that passes all understanding that he felt.  He said that it was the same feeling he never forgot from when he was four years old.  It was during this experience that he reflected on himself in a mirror within the white room and said that, "I was proud of MYSELF, of my life, of everything I have done. It was the BEST feeling." Ben closed his two part video series by stating that, "I didn't want to leave that place.  I WISH I never woke up. Do you believe in Angels or God? I do."

Are we truly proud of ourselves, of our lives, of everything we have done?

It was Christmas Day that Ben received his wish.  From the stories I've read online about this young man, his family didn't even know he'd posted those last two YouTube videos under the third channel until after he'd left.  The lessons Ben left to all of us in his videos are reminders of the power of acceptance, letting go and the importance of living our best lives.....lives that we can leave behind being proud of.


Blog Copy Copyright ©2011 Nita Clewis, YouTube videos property of the Breedlove Family
All rights reserved. For personal use only. Commercial use without permission is not allowed. Sharing with friends and family is warmly welcomed.

Your Intuitive Knowing & Passionate People - Are You Listening? 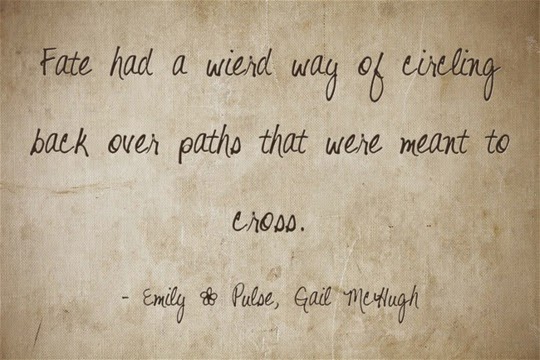 I recently watched the Pearl Jam 20 documentary.  If you have not seen it, you will find it streaming on Netflix and available for purchase online or at your local music store.  If you do not know who they are, or are not a fan, I would still recommend that you watch it for the inspiration, knowledge and the lessons shared.  Cameron Crowe and the group put together a magnificent story of their history and there are universal lessons from life within the film that all of us can learn from.


As for what I think about Pearl Jam, I love them.  Always have.  Having watched this documentary though, I have a newfound respect for who they are as both a collective creative entity and as individual people following their own authentic paths.  Their commitment to the craft, their business and their fans is exceptional.  These artists would not settle for anything along the journey and kept control of their art as they found success.  They always listened to their convictions and acted fearlessly on them.

What has resonated with me most from the documentary is a statement made by Jeff Ament about his own intuitive knowing.  When being interviewed he stated,  “I remember when Ed first came to town, it seemed like it was something that he’d been kind of waiting for his whole life, and it was obvious within the first few minutes that it was something I’d been waiting for so also.”   Have you ever met people like this on your journey?  The people who cross your path whom you are just drawn to for reasons you cannot articulate. Sometimes you even feel as if you have known these people long before you have actually met them.

I felt this way when I first met my ex in the halls of Hayfield middle school.  I didn’t even like him, but I had a knowing that something profoundly important between us would happen one day.  We would be separated on and off during high school, and then as adults, for over a decade, only to come together for close to another decade when our paths crossed later in the journey of life.  This was important because it was after I had met another important person on my path, and had spent a few years in domestic relations law.

Although we are no longer together in the present, I am a better person having known him. What came of that union in adulthood is that a child I love like my own is safe and sound because of our time together.  People often ask me, “Knowing what you know now, would you have stayed as long as you did in that emotionally abusive relationship?”  My answer is always yes, because had I not stayed, I would not be the strong, "I will not settle" woman who I am today, and I would not have been used by the Universe to put to use my own collective knowledge to save his child from the hell she was living in elsewhere.  Most importantly, I wouldn't of been her mother for over half of her life.

I felt it again when I met my best friend Ann-Marie at Zaxx in Springfield, Virginia.  She was only in my life for a short time before her path would take her elsewhere and sadly, eventually home to the other side at the tender age of 22, as the result of an automobile accident.  In those few short years of friendship, my life was blessed beyond measure.  To this day, I cannot look at the Atlantic Ocean in Sussex County Delaware and Ocean City, Maryland without hearing her laughter in my head.  That's where we went on our senior trip at graduation.  She'd never seen the ocean before.

Speaking of Sussex County, Delaware, I always knew something important would come from there as well.  Thirteen years ago on Christmas Eve, I would learn that I was pregnant with my son Tristan, whose father grew up there, and to this day, lives in that place.

Other times my intuitive knowing has brought people into my path who are as passionate about their craft as the members of Pearl Jam are.  Passionate people who bring their gifts to the world, more often than not, create a better human experience.  That's my opinion at least.  Think about it.

If you are in the medical profession because you truly want to compassionately serve others, and care for them, it shows in your interactions with your patients.  If you are a cake decorator, it shows in your creations.  If you are a foodie who only wants to create a menu of the best sustainable and local fare for your customers, it also shows in your creations.  I simply cannot imagine our world without these people.  Passionate people following their paths changed history.  They have created inventions, found cures for diseases, and developed technologies (think Steve Jobs) as well.    Again, I have met such passionate people and based upon those experiences, I beg of you to pay attention to that "knowing," and act on that intuitiveness.

So yes, please listen to your intuitive gifts.   They are there. We all have it, that passing inspiration of fleeting thought to do this, do that, etc.  Please, please, please listen and then act.  Trust that knowing.  I have found that when we do this, we never find ourselves on the wrong path.  In fact, more often than not, amazing and miraculous people, places and things happen.  Remember that.  I love you.

Copyright ©2011 Nita Clewis
All rights reserved. For personal use only. Commercial use without permission is not allowed. Sharing with friends and family is warmly welcomed.
Posted by Nita Clewis at 8:56 AM 2 comments: 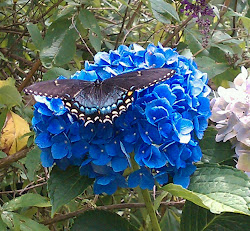